Julian Morgan (68-76), a retired-from-the-classroom teacher of Classics, has joined the team of Latin crossword puzzle setters for O Tempora! - a Saturday feature of The Times newspaper.

Saturday 31st May saw the publication of Julian’s first O Tempora! puzzle in The Times and he hopes to have a puzzle issued every four to five weeks.  His pen name for The Times is ‘Aenigmatifex’, which is an all-new word, coined by Julian himself. He explains: “I have never seen it or heard it before and you won’t find it in any dictionary.  However, it is instantly recognisable by anyone anywhere who has studied Latin to a decent level and it means ‘puzzle builder’.”

Designing the crosswords would appear to be a skill in itself, made more challenging by the requirement for The Times’ crossword puzzles to have rotational symmetry. The system of setting involves starting with the answers and working backwards to the clues themselves.  These may be straight English to Latin translations, Latin synonyms or more testing on the audience, clues written entirely in Latin and some with a cryptic component. Julian says: “The aim is to entertain and not defeat the reader; if the crossword is too difficult, it loses its value entirely, so we do try to avoid obscurity.”

Julian’s love of Classics began at Pocklington School, where he was well prepared for his lifelong interest, by his teachers James Eggleshaw and Derek Whilesmith.  A degree in Ancient Greek led Julian into teaching Classics, where he taught in the UK and at the European School of Karlsruhe, Germany. Whilst teaching in Germany, he reached his ambition of writing a complete Latin course, Imperium Latin, which is used in a good number of schools. To add variety to his classroom lessons, Julian often created puzzles for his pupils, which have since been published in book form.  His first collection, Easy Latin Puzzles, was published in 2006 and since then he has written many more, including Easy Greek Puzzles and Tricky Greek Puzzles, which Julian says are “the only two books of ancient Greek puzzles in the world today.” During Lockdown, he wrote QUARE ID FACIAM, which is an all-Latin collection of puzzles, in which there is not a single word of English anywhere and Julian believes helps to secure his place in the O Tempora! team.

During his teaching career, Julian was fascinated by technology and has combined this with his passion for the Classics to create many resources for supporting the learning of classical subjects including The Horace Trail and many other software offerings such as Roman Technology and Rome the Eternal City. After completing a Master’s Degree in Computers in Education, he was able to diversify into teacher training, serving as the UK partner of the EU’s Comenius funded CIRCE Project (Classics and ICT Resource Course for Europe) and also directing a course in Denmark which won a European Commission silver award for Lifelong Learning, under the banner ‘Quality in Mobility’.

After retirement from teaching in 2016, Julian established his new brand as the ‘Yorkshire Author’ and has written several Yorkshire-themed puzzle books. The latest to be published is Nostalgia Puzzles, a collection of 100 brainteasers and wordgames.

Julian wholeheartedly believes in the value of studying ancient languages and thinks they have helped him to live a happy professional life and to understand the world better. In the introduction of his book QUARE ID FACIAM Julian wrote:

'I had been wanting to write this book for a long time, because the Latin language had always been a pleasure to me, had always given me joy and solace. So as a puzzle maker, I wanted to share this same pleasure with others. I was lucky at school, because my teacher James Eggleshaw had seen to it not only that I loved the (Latin and Greek) language but also that I could find some relief in them and escape from the pressures of the world.'

He continues: “When I think back to my time at Pocklington School, I am hugely grateful to think that it was here that I gained the tools to do the jobs I still continue to enjoy today.”

The next appearance of Aenigmatifex in The Times will be on Saturday 16 July  - an opportunity to find out how much of your Pocklington School Latin you can remember!  Or, if you can’t wait that long, why not have a go at one of Julian’s puzzles below? It is 100 per cent in Latin, but is solvable by anyone who can do Sudoku. 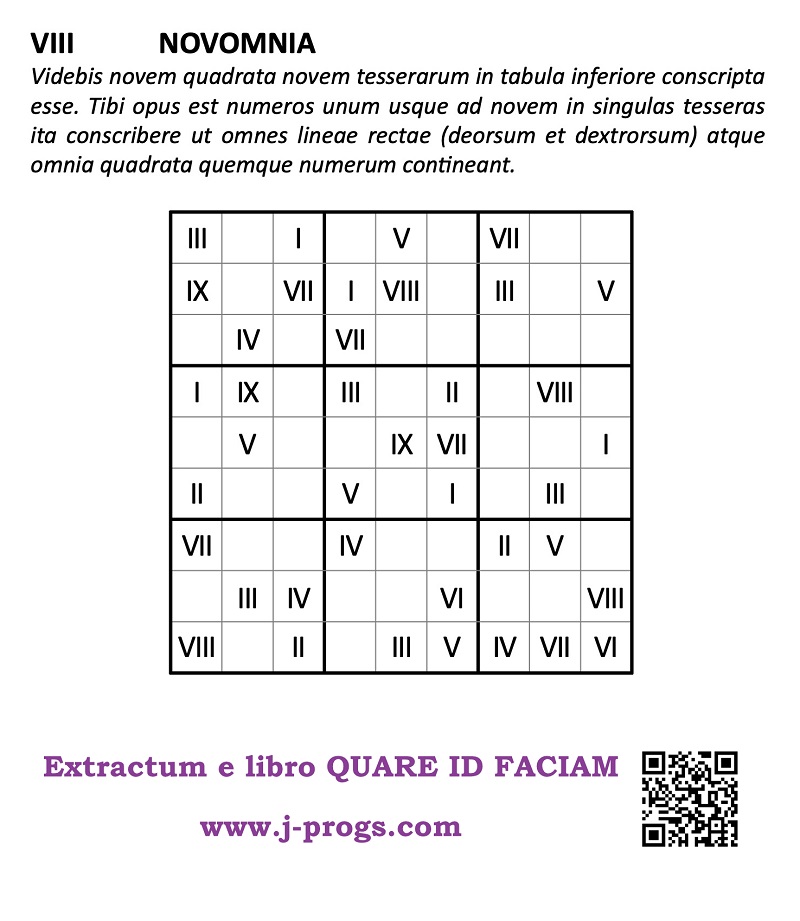 Tom Screeton and James Hopwood 'Dig In' with Dom

The OP office set up a number of virtual cycling, running and walking challenges through t More...

OPs and members of the Pocklington School community competed for the President's Cup at The Oaks Golf Club on Friday 10 June. More...